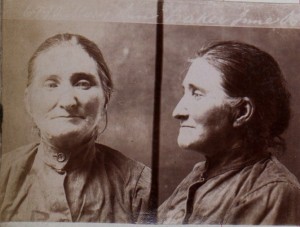 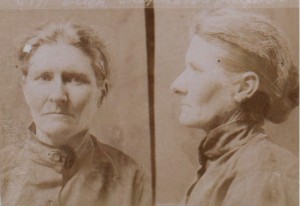 This article appeared in the Kalgoolie Western Argus on Tuesday, 26th of June 1906.

“Two sisters, both well dressed and respectable looking women, Mrs. Mary Ann Baker and Mrs. Ellen Stevens, residing at Macclesfield, near Gembrook, appeared in the Criminal Court to-day on a charge of stealing, with another person, 34 sheep, the property of Joseph Winter, at Dandenong, on May 10 last. Patrick Temple, employed as manager to Winter, while in charge of 580 sheep, observed the two accused, accompanied by a young man and a sheep dog, driving some sheep along the road, which he subsequently found to be Winter’s sheep. The sheep were recovered. Evidence was also given that the footprints of the women and their male attendant were traced and identified by black trackers. The jury returned a verdict of stealing. The women were remanded for sentence. On another charge against the accused, of stealing sheep, the property of Thomas Merrett, of Dandenong a nolle prosequi was entered.” (The phrase meaning unable to prosecute).

Further information appeared in the South Bourke and Mornington Journal on June 16 1906.

“On Thursday night last, Mr. Patrick Temple, whilst on his way home to Narre Warren, passed the two accused and a man driving a number of sheep along the Emerald road. The man inquired the direction of the farm of a well known grazier, and being told by Mr. Temple, the latter rode on slowly. The night was moonlight and Mr. Temple noticing that the three failed to follow out his instructions, grew suspicious and galloped back towards the flock. Hearing him approaching, the drovers vanished, taking to their heels through the adjoining paddock.

On examination, Temple discovered the the sheep bore his own brand and had been removed from his paddock during his absence. He immediately informed the police of the occurrence and the black trackers, under Senior Constable Falkiner found tracks where the sheep had been taken through Mr. Temples gate. The footprints were followed some twelve miles, within a short distance of where the accused resided. The women who are said to be widowed sisters, were then arrested as stated together with a boy who gave his name as Walker. Mr. Temple identified the women as those he had seen driving his sheep and also a black sheep dog which was in their possesion. They were brought up before Mr. H.M. Sutherland J.P., on Monday morning, charged with stealing 34 sheep valued at £40 and were remanded to appear at the Dandenong police court on 22nd inst. For some considerable time sheep and cattle stealing in the vicinity of Macclesfield and Emerald, towards the Dandenong Ranges, has been rife, and probably several other charges will be made.”

“From the evidence given it appeared that 82 sheep other than those alleged to have been stolen from Winter, were found on the woman Baker’s farm. They were of various breeds, and bore different brands and ear-marks. These, and others with the ear marks recently cut off, are now in charge of Senior Constable Falkiner, at the stud depot- Argus.”